Share a memory
Obituary & Services
Tribute Wall
Read more about the life story of Helen and share your memory.

Helen Beatrice Tellier, of  Moodus, Colchester, and formerly of Leminster, MA.  On November 11, 2022, with her loving family by her side, Helen passed away peacefully at her home at Chestelm Health and Rehabilitation Center in Moodus, where she had been residing. She was 89 years old.  Born on April 1, 1933 in White Sulphur Springs, West Virginia, she was a daughter of the late James and Effie (Howard) Feury.  Growing up in West Virginia, Helen was one of nine children.  She graduated from High School there and soon after moved to Washington DC where she met her future husband, Roy Tellier.  The couple were married on April 16, 1955 and moved to Leminster, MA where they made their home and raised their son.  Helen was active in her community.  She was an advocate of equal rights for women and she became an organizer for the League of Women Voters as well as serving with the local school PTA.  Helen retired several years ago after a long and successful career which began working for the government in Washington DC and later she became the manager of two Credit Unions, Tucker Manufacturing Credit Union and WAELCO Federal Credit Union in Leminster, MA.  Helen had an intrepid, and adventurous spirit who enjoyed trying new and different things.  Together with her husband, the couple engaged in both square and ballroom dancing and she was a fierce competitor with the Bocce League and Cribbage Club.  Helen will be remembered fondly as a devoted and loving wife and mother.  She leaves to mourn her loss her husband Roy of 67 years; her son and daughter-in-law, David and Lisa Tellier of East Haddam; her siblings, Elvina Moore, Nina Bower, Marshall Feury, Charles Robert Dowdy, Ben Dowdy, all of White Sulphur Springs, WV, Katie Posey of Covington, VA, Gaye Fife of Parkesburg, WV; and many beloved extended family members and friends.  In addition to her parents, Helen was predeceased in death by a brother, Brady Ray Dowdy.  Funeral services will be held privately according to her wishes. Burial will be in the Veterans’ Cemetery in Winchendon, MA.  The Aurora-McCarthy Funeral Home of Colchester has been entrusted with care of arrangements.  Donations in Helen’s memory may be made to the Alzheimer’s Association, www.alz.org Helen’s family would like to express sincere and heartfelt gratitude to the caregivers and staff at Chestelm Health and Rehab for their many years of loving and compassionate care.  To share a memory or express a condolence to Helen’s family, please visit: www.auroramccarthyfuneralhome.com. 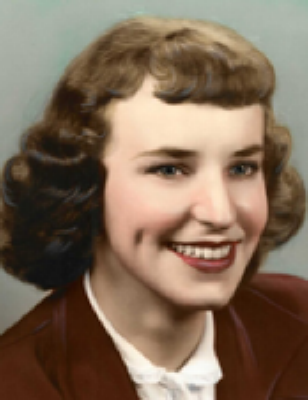