Share a memory
Obituary & Services
Tribute Wall
Read more about the life story of Rosalinde and share your memory.

Rosalinde “Roni” Finkelstein passed away on November 19, 2022 at Apple Rehabilitation Center near her home in Colchester. She was 92 years old.

An excellent math student, she was denied admission to New York City’s math and science high school because girls weren’t allowed. So she focused on her literary skills instead, and became the editor of her high school newspaper. Later, she was the newspaper editor at Hunter College.

After graduating from Hunter in 1951 with a degree in English literature, Roni found a job as a publicist with publisher Grosset & Dunlap.

She eventually met the love of her life, Jake Finkelstein, and they married in March 1955. She quit her job to start a family, and later earned a master’s degree in education from Hofstra University.

Roni continued to write, and specialized in humorous articles. She and author Antonia Van Loon collaborated on three romance novels, “Candidate for Love,” “Waldingfield,” and “Rhapsody.” They published under the pseudonym Janine French because neither woman wanted to admit they were writing romance novels.

She and Jake loved to travel, and Roni collected sugar packets and lifelong friends from around the world. Closer to home, they frequented Broadway shows. They took their children and grandchildren to shows on Broadway, at the Goodspeed, and at UConn.

Although she had many talents, computers and cooking were not among them. But she made great reservations.

She is survived by her husband of 67 years, her daughters Beth Eisenberg (Steve) of Glastonbury, Leslie Rovetti (Chuck) of North Stonington, son Rick Finkelstein (Christine) of Brookfield, granddaughters Sara Smith (Josh) of Stratford, Jen Rovetti (Perry) of Marlborough, and grandsons Michael Eisenberg (Angie) of Manchester, Aaron Eisenberg (Maggie) of West Hartford, and Noah Finkelstein of Brookfield. She was predeceased by her parents and a daughter, Rochelle.

Donations in Roni’s memory may be made to the National Kidney Foundation at kidney.org. To share a memory or express a condolence, please visit auroramccarthyfuneralhome.com. 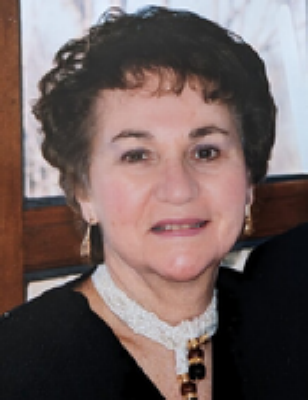